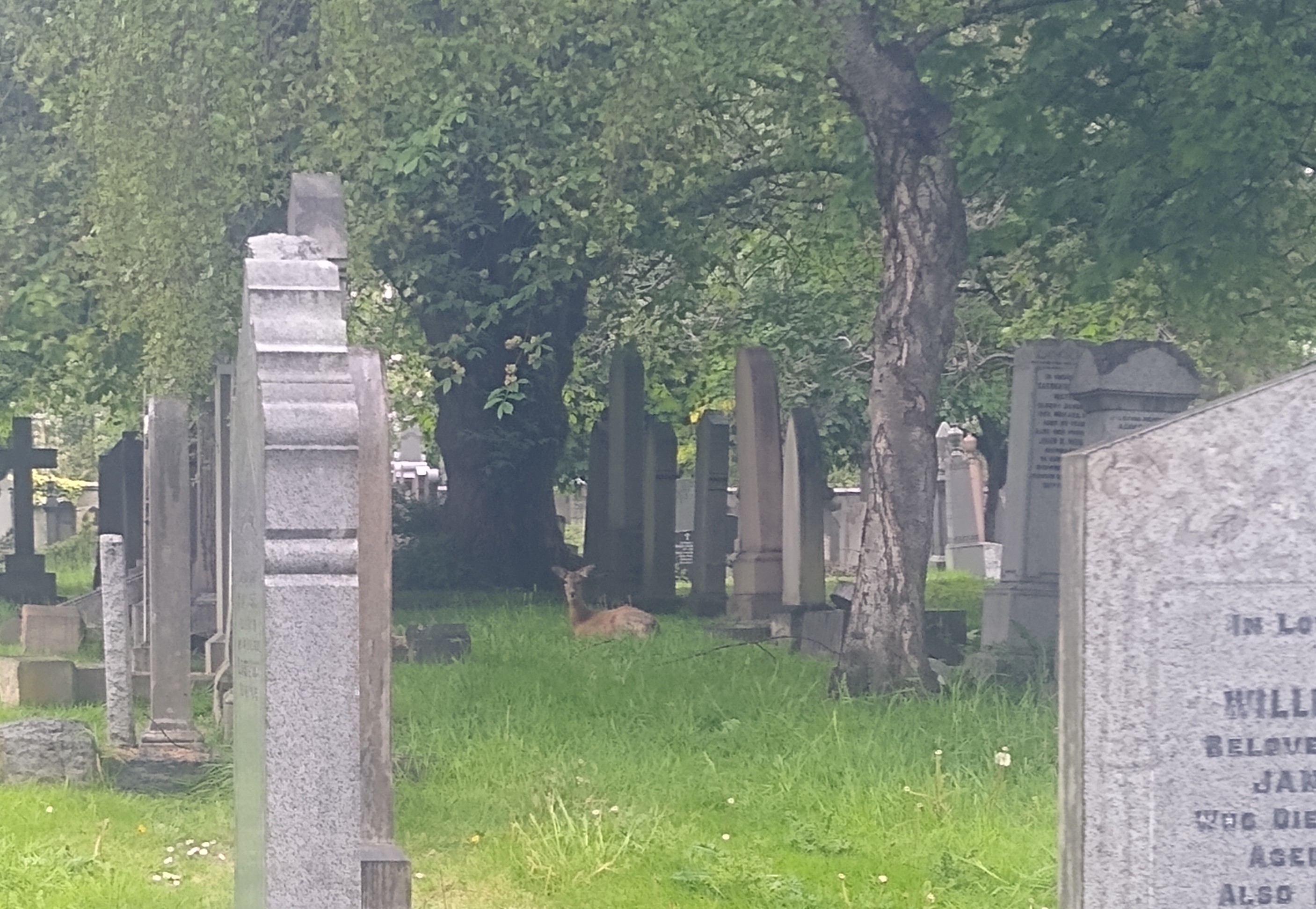 We often receive enquiries from people concerned about seeing wildlife in what are perceived as unusual or unsuitable locations. Most commonly these enquiries relate to Deer, Rabbits or Hedgehogs seen in built up areas.

Our wildlife is increasingly becoming comfortable with urban areas, perhaps because urbanisation means we are building on their habitats but also because living close to people can bring some benefits. Hedgehogs, for example, may do better in urban areas due to lower numbers of badgers. In the case of Deer, populations are rising since they no longer have any natural predators so they are having to become more ‘open-minded’ about how they live in order to find territories and opportunities for food. Sometimes we have an image of how certain species live which doesn’t fit with the reality. For example, we might think of deer living in large groups and roaming across moorland, and while this may be true for Red Deer, smaller species like Roe and Muntjac tend to live solitarily outside of the breeding season and are small and agile enough to move easily through gardens and allotments which offer a rich buffet of edible delights.

Sometimes those contacting us are concerned that the animals are trapped. As a rule, if an animal could get into an area such as a garden, they can get back out again. Deer can quite easily hop fences and hedgehogs and rabbits can tunnel under them. The exception is if the way out is significantly different to the way in e.g. if they have fallen into a lower area and cannot climb out.

Although living in urban areas does present risks to wildlife – road accidents, dog attacks, litter etc – it is very rarely the right thing to intervene and remove a wild animal from an urban environment that they have chosen as their home. Capturing a healthy wild animal is an extremely stressful experience for them and, in the case of Deer in particular, can be dangerous for humans and potentially fatal for the animal due to capture myopathy. In some cases, it might mean separating animals from group or family members which would be detrimental to their welfare. An animal taken from their territory and moved to another, especially when this involves a dramatic change in environment such as moving from an urban to a rural area, is likely to experience considerable distress and difficulty in adapting and actually becomes more likely to become injured or killed as they frantically attempt to evade others of their species whose territories they may have invaded, establish a new territory, and find food and shelter.

In summary, as long as there are no visible injuries or illnesses and the animal is not trapped (i.e. the way out of where they are is not significantly different to the way in), there is no need to be concerned about the presence of wild animals in built up areas.

Did you find it helpful? Yes No

Send feedback
Sorry we couldn't be helpful. Help us improve this article with your feedback.